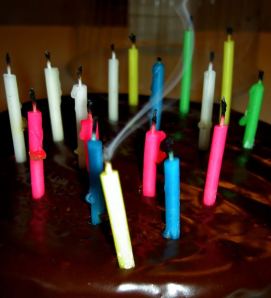 Picture by jdurham on Morguefile

We know an old person when we see one, but what is aging, the process that got him there? In my novel characters reverse age and become younger, so part of my blog is dedicated to researching what happens as humans age and speculation about how it could be reversed. So let’s define aging. It can be summed up in the answers to the quiz below: 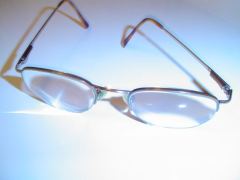 Photo by Vilhelm on morgueFile.com

Which of the following fit the definition of aging?

A Changes in vision that lead to bifocals

B Weakening  of the Immune System

According to Biologist Leonard Hayflick in How and Why We Age,

“Aging represents the losses in normal function that occur after sexual maturation and continue to the time of maximum longevity for a species.”

The key word is losses. All the above involve losses of function and almost all definitions of aging I’ve seen emphasize losses, not just changes, in function. That’s why we don’t generally say that growing children are aging.

photo from Ostenser on morgueFile.com

While Wine and cheese age by gaining things like flavor and texture that we like, for humans, it tends to be viewed as a bad thing.  In his lecture, An Unsolved Problem of Biology, Immunologist Peter Medawar called aging,

A weakened immune system certainly makes us more likely to die, but wrinkled skin and bifocals? It sounds far-fetched but I’ll explore that idea in another post.

It would see that the person who brings all the definitons together, is Gerontologist Bernard Strehler. He proposed that 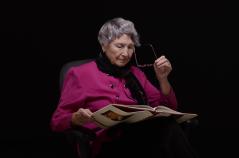 Photo by Verbaska on morgueFile.com

So if you said Answers A-C fit the definition of aging you are correct. They are all gradual, irreversible, and universal. They may happen at wildly different times to different people, one person my start counting gray hairs on her twenty-fifth birthday while another doesn’t see any until her sixtieth, but almost everyone experiences these changes given a long life. (See biological vs chronological aging)

Yet some problems we associate with aging don’t actually fit the definition. The last two, D and E, might set in gradually and be irreversible, but are not universal.  Heart disease is linked to one in every four deaths in the United States, but it is not destined to happen to everyone. Instead, D and E are aging-associated diseases that increase in frequency within a population with increasing age.

I have a better understanding of what aging is after writing this post and I wonder, one day will we change the definition of aging? Will it be “optional losses in normal function” or “collection of changes, that if not properly reversed, renders human beings progressively more likely to die”? Or is aging a Gordian knot that is too difficult to ever untie?

Next Week: How long should humans live?

3 responses to “What is aging?”