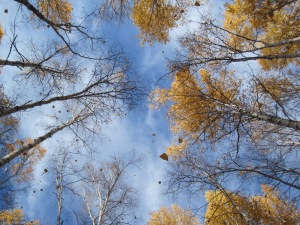 Photo by Author, Fairbanks in autumn

Last week I decided to explore the so-called mid-life crisis. Has it always been around, or has it developed with the lengthening human lifespan?

At first, I thought the MLC must be a 20th century invention. I hypothesized that high rates of childhood mortality and shorter lifespans of the past must have been a constant reminder of mortality for everyone.  If you were above ground in middle age everything was good right?

To find the answer I looked at when the mid-life crisis was first described. It was in 1965 by psychoanalyst Elliott Jaques. Ha! twentieth century.

But wait, in the original study Jaques pointed to creative geniuses who died or had a crisis between ages 35 and 39. Jaques surmised they had gone “over the hill” and become convinced their best years and accomplishments were behind them. Mozart, Raphael, Chopin, and Baudelaire are examples. He also pointed out that some of the world’s overachievers, like Shakespeare and Bach, completed more after their mid thirties. So much for the MLC being a modern thing.

Though I think I was wrong about MLCs being modern, I stand by  my other conclusion last week. As the human life-span lengthens and people remain healthy longer, mid-life will come later and not seem as bad. I’m betting so much on it that I’m willing to put it in the sci-fi novels I’m currently writing.

It generates another question though. Not everyone has a MLC and scientists point out that mid-life is not the only time people enter crisis, but what happens if we no longer have the mid-life kick in the butt that spurs some people to do more or try new things? 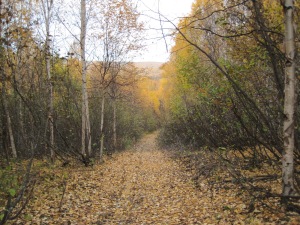 Photo by Author, Fairbanks in autumn

I leave you with the words of Dante from The Divine Comedy, written between 1308 and 1321:

Midway in the journey of our life
I came to myself in a dark wood,
for the straight way was lost.
Ah, how hard it is to tell
the nature of that wood, savage, dense and harsh -the very thought of it renews my fear!
It is so bitter death is hardly more so.

Half Dead: Men and the “Midlife Crisis” from the blog Bering in Mind, by Jesse Bering