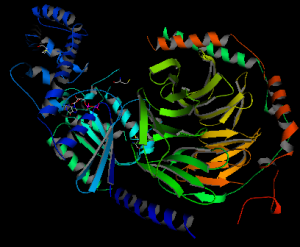 Two weeks ago, I posted about “a possible new alien invasion,” the possibility that a genetically modified plant or animal could spread a new gene through a population quickly, or be used as a biological weapon. I mentioned that these plants or animals could be tweeked by a professional scientist, but even an amateur ‘Biohacker” may soon be able to do it. It’s due to the new genetic engineering techniques called CRSPR that are now relatively straight-forward.

I reported that such biohackers have created new strains of yeast for brewing beer, made colorful bacteria for art projects and are hoping to use the technology to change the color of carnations. These are minor changes, but some scientists are worried someone untrained will make major genome changes, or release an organism that will overcome more “natural” ones.

Yet others doubt do-it-yourselfers will ever be able to do more complex things. Here’s what Todd Kuiken, who studies science policy at the Wilson Center, a think tank in Washington DC, had to say about why this will never happen outside a professional lab:

As an example, Johan Sosa, an  IT consultant from San Jose, California, who has taken to learning genetic engineering thought he would invent a way to grow human organs in a lab in order to alleviate the need for human organ donors. When he read about molecular biology and took seminars on it, he realized that was probably out of reach, but with practice, he believes he might be skilled enough join a group within his local lab hoping to create yeast that will produce a protien found in cheese. It could contribute to the creation of vegan cheese. Provided it tastes good I suppose.

Biohackers gear up for genome editing

One response to “Do-It-Yourself Genes?”