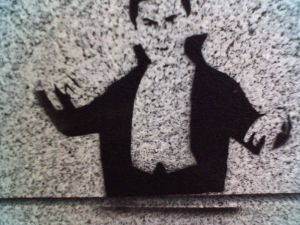 Who is your favorite fictional immortal? A poll at Fandomania.com had voters nominate the top 100 fictional characters of all time. As a sci-fi author writing about immorality, I wondered how many of them are immortal.

I have never heard of some of the characters, and from brief research, only 12 qualify. What follows are the immortals who made that list, categorized by why they are immortal.

Hellboy- according the the movie, “ages in reverse dog years.”

Death- We’re talking about the guy shrouded in black carrying the scythe in general, but 53% of those polled specifically nominated Death from Neil Gaiman’s Sandman and 23% cited Death from Terry Pratchett’s Discworld as their top representation of death.

Dr Who- He was supposed to only be able to regenerate 12 times. Writers for the long-running smash hit show are now claiming he’s immortal.

Galactus- Demi-god. Feeds off living planets, supposedly the first and oldest living entity in the universe

These are  just the results from one poll and admittedly a very modern one that was put together by younger voters. After looking at the results decided I will search out other polls to see if immortal fictional characters are generally portrayed as good, evil or neutral. I’ll blog about that soon.

The 100 Greatest Fictional Characters of All Time