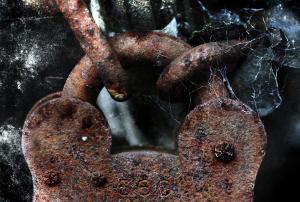 Image by wintersixfour via morguefile

So we never thought we’d have this conversation but here it is: Is it ethical to revive the dead? A new human trial by a company called Bioquark is showing us we may need to answer that question.

There are 20 subjects in the trial. They’ve all been declared brain dead, but since they are on life support, their organs are still functioning and theoretically, their brains aren’t damaged, just not working.

Taking a cue from some types of wildlife which regrow limbs, tails, or even brain cells, researchers are going to inject concoctions of each subject’s stem cells and peptides into the subjects skulls at measured intervals to see what happens.

Stem cells, or cells that have not specialized yet, have been known to take on the specialties of the cells next to them. In the brain dead subjects, the hope is that the stem cells will take the function of the inactive ones nearby and “revive” the dead person.

That made me wonder, are they able to target certain places in the brain where they believe cell replacement will “jumpstart” the person back to life?

My concern, (I’m not a brain surgeon, but I’m concerned nonetheless) is that the skull is kind of a small place, if you can replace some non-functioning cells, is there enough room to replace an entire brain, if necessary? Does a surgeon have to remove the old brain to make room for the “new” one?

Can such a task as reviving a dead brain be done well so that a person will become fully conscious again, with their old memories and skills? Or will they leave a dead state and enter a vegetative one? What if revived brains are intellectually disabled?

If a new, or revived brain is a blank slate, how does such a person enter life again? What happens to a person with no memories or former physical abilities?

Right now, the subjects are simply dead, but that also means they never signed up for the trial.

Yet a health watchdog group recently gave Bioquark approval, so I’ll be waiting to see what, if anything comes out of this.

It would be amazing if it worked and what we might learn might be worth a few questionable trials.

Is the human body as good at regenerating as those of so-called lower life forms, such as sea stars and sponges who can actually re-build themselves into separate individuals, even after being dismembered? Many scientists say, not likely, but this trial will be an interesting step.

Even if we can just unleash the kind of healing that allows salamanders to re-grow lost tails, it could prove a big jump for people with degenerative brain disorders who just need a small amount of brain regeneration.

If someone does recover fully and they have some memory, will they be able to tell us what death, or near death was like?

New Clinical Trial Will Attempt to Bring Dead Humans Back to Life,  by Janey Tracey