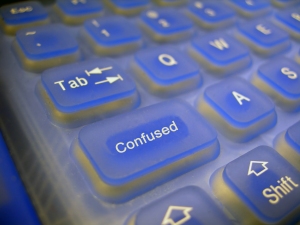 Since I am writing a science fiction novel with some nearly immortal characters, I get to have fun conversations with them. Here is a portion of one:

“Robert, why don’t you just Google it?”

“No, I know I’ll be around for a long time yet, so I learned to use a computer as soon as I was able. Besides, I don’t particularly trust the internet.” he huffs in contempt, “I was born in the Age of Reason, not the Information Age.”

What do you imagine Robert would think about the internet? My ideas are evolving. Robert has always been a soldier throughout his long life and I can imagine he has embraced many technologies that have made life easier for him. Yet with all the fake news that has come into the spotlight lately, I can also see him rebelling against the Information Age.

3 responses to “Age of Reason vs. the Information Age”